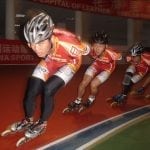 In 1986 Asia Access, Inc. was established and TWINCAM was trademarked. TWINCAM designs, manufacturers, and sells in-line skate bearings and oils. In 1990 our first bearing specially designed for in-line skating was produced. Shortly after in 1991 we produced our first serviceable in-line bearing that includes an inner ring with undercut and outer ring with a C-clip. In 1994 the first Charter Member of IISA “International In-line Skate Association” was granted. 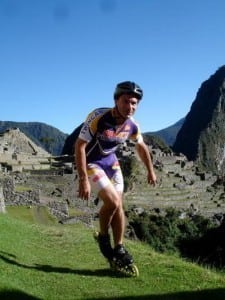 We started offering a lifetime warranty on the ceramic BCB bearings. In 2007 we introduced the ILQ-X mr2 bearing series and the DCF, “Double Contamination Free” (patent pending) design.

Why are 6 balls better than 7?

Less is more! The contact area between the balls and the inner and outer rings has been reduced with 6 balls, so ILQ-9’s spin with less friction that any other inline bearing. With larger balls, there’s also less void space inside the raceway, so the bearing can be filled with less lubrication, allowing more free spin.

Additionally, the larger balls (4.5 mm diameter) allow ILQ-9’s to handle greater laoding rates. This means they are superior for heavier skaters, and for stressful activities like hockey, aggressive skating, or hihg-speed pushing and cornering.

Translate »
We use cookies to ensure that we give you the best experience on our website. If you continue to use this site we will assume that you are happy with it.AcceptPrivacy Policy